The Smaller of two gravel pits is positioned on the West side of the site and on the right hand side as you drive in, this water is approx. 2.5 acre and is a traditional deep water gravel pit. The Pit has a shallow a bay at the Eastern end, reed fringed margins on all sides and shelves that tumble down into the depths so half an hour plumbing around the swim is time well spent to find these features, and asking the owner is always good place to start.

For many years and prior to us buying the site in 2016 only 20% of the Pits bank side could be accessed and just 6 pegs on the whole lake. Having purchased additional land behind the south bank the second phase of major works has opened up this bank and the approach road bank generating a further 17 pegs. In addition to this work the old timber platforms were removed and re-built in clay with timber frontage so every angler will be safely sat on solid ground close to the water.

The north bank including the far end of The Pit is being been left as a dense woodland and wildlife habitat and inaccessible to anglers so regardless of the Pit peg you settle into no one will be fishing on the opposite bank. A large section of south bank between pegs 16 and 19 (around the reed fringed horseshoe) has been left as a restricted area to give the Carp and Tench a safe sanctuary away from anglers.

The average depth of water at one rod length out is around 8-12 feet, the middle of the pit averages around 22-23 feet and part of the long term works programme is to map and record lake bottom and features.

The Pits known residence include low numbers of Carp into double figures and lots of 3-5lb fish, There is a very good head of Green Tench and include fish over the 7lb mark. The Pit has an substantial head of Bronze Bream, the average Bream weight is 3-5lb plus an occasional 6lb but what the bream lack in size they more than make up in vast numbers and spirit.

There is a good head of Roach, Rudd, some large Perch, and along with the Green Tench there is the occasional Golden Tench
Our first re-stocking started in April 2016 where we introduced a a number Common and Scaley Mirror Carp in the 3-5lb range and additional 125 No. Green Tench to 5lb bolster the existing stocks and since then there has been additional new Tench and Skimmers stocked into this water each spring as we crop fish from The Clay Pool.

The pits mainstay is the extensive head of Bronze Bream that inhabit the water, 100lb + bags ( appox 30 slabs) are common place and almost a weekly occurrence all year round.

The largest bag of fish since 2016 currently stands at 105 fish and estimated at well over 350lb.

The 2019 spring season my best two days in June accrued 72 Bream on Monday and bagged a further 75 Bream on the Wednesday
The deep water Bream fishing isn’t guaranteed but is generally very good and when the weather patterens are just right it is exceptional. You can expect a scattering of Tench in amongst the Bream and be aware of marauding stockies, they are fast and powerful but can generally be avoided once you get to know the water.

Depending on the season, (and temperature) the Pit Bream are found in the deepest water and far side margins and taken on the method feeder.

On the near side marginal shelves on feeder and pole and on the odd occasions over summer they gather just under surface over deep water and can be taken on corn and pellet fishing a shallow waggler.

If you prefer to target the Tench there are several pegs where you can fish tight to the margins in 8-10 feet of water but generally the Tench are mixed in with the Bream shoals and when visibility is good these can been seen in the near side margins feeding in amongst the Bream and Carp.

The most productive method by far is the pellet feeder (a 30g feeder will suit most swims) loaded with 2mm pellets and a 150mm tail. Hard hook baits in summer to deter the roach are generally 8-10mm pellet and wafter, and over winter when the Bream prefer smaller natural baits both maggots and worms have produced 100Lb + bags along with 6-8mm pellet and wafters.

If you are into float fishing this is an ideal venue for fishing a 15 foot waggler rod, or standard 13 foot rod presenting a slider, Polaris or even float ledgering with a cage feeder to get the ground bait onto the deck. 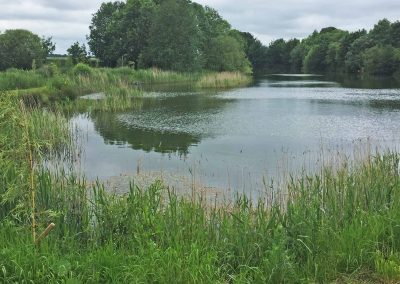 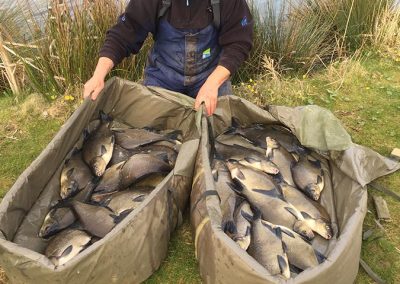 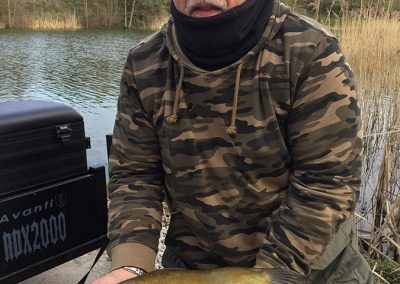 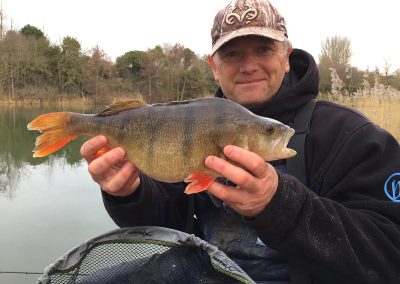 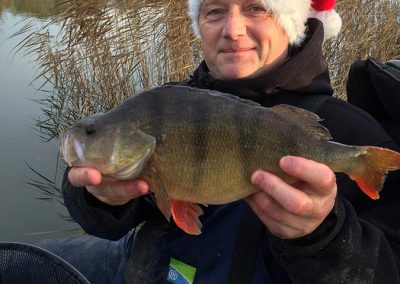 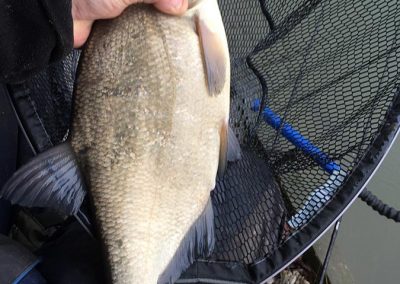 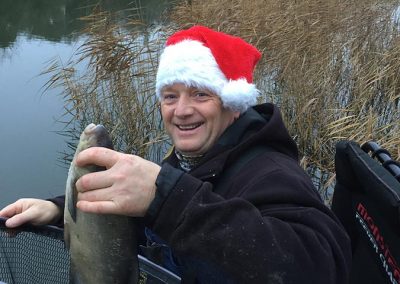 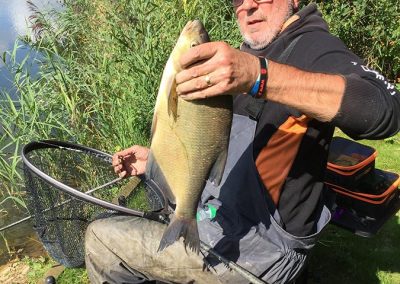 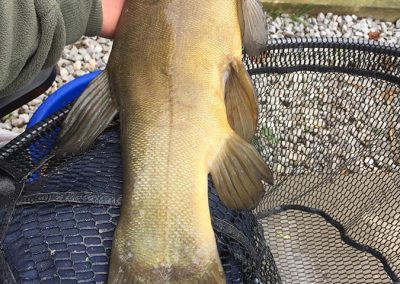 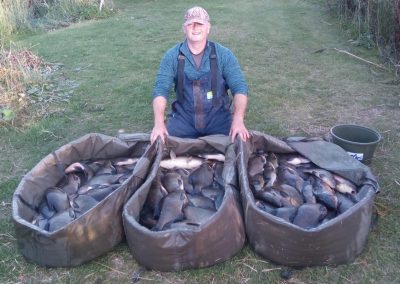 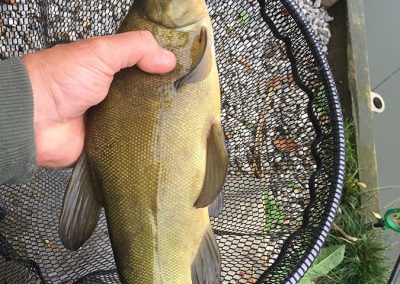 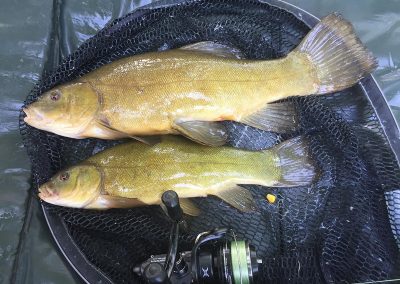 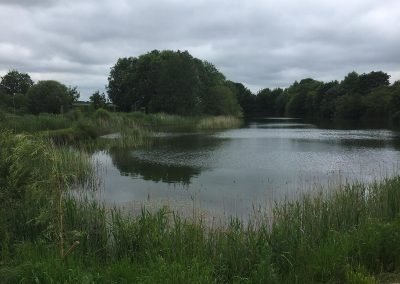 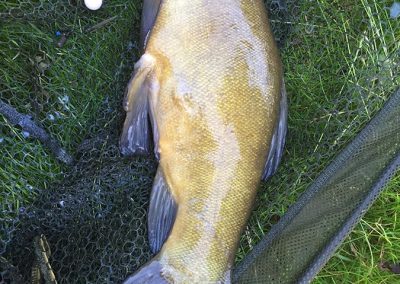 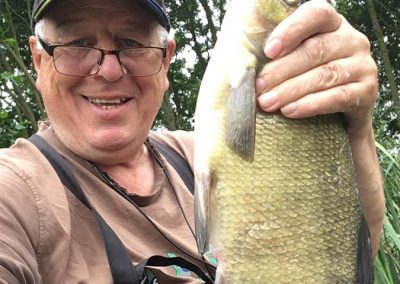 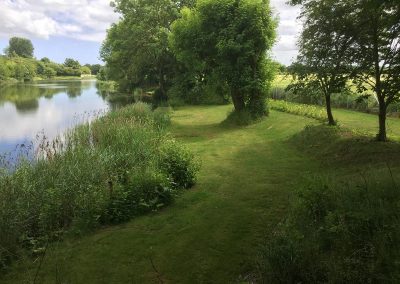 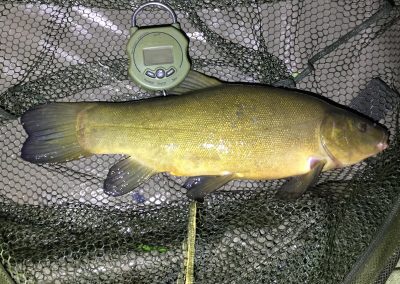 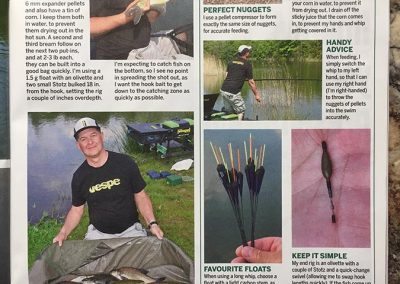 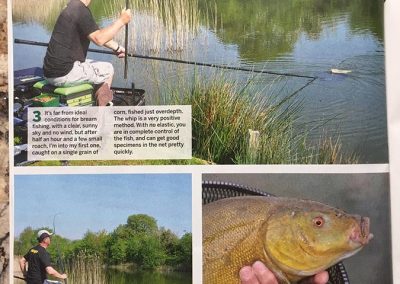 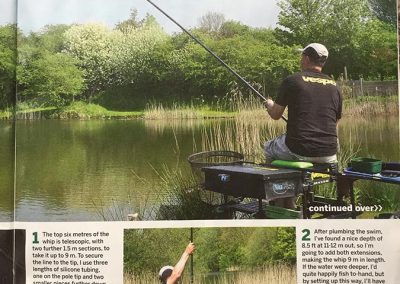 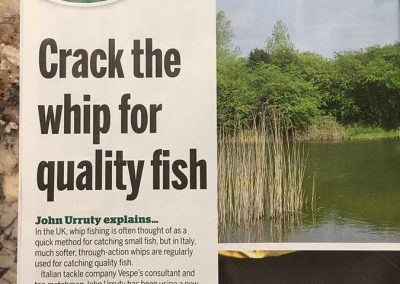 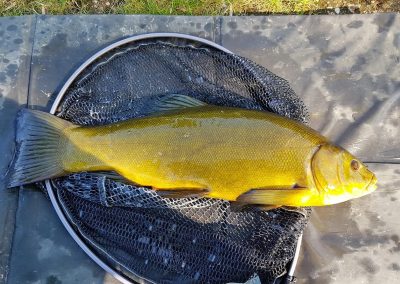 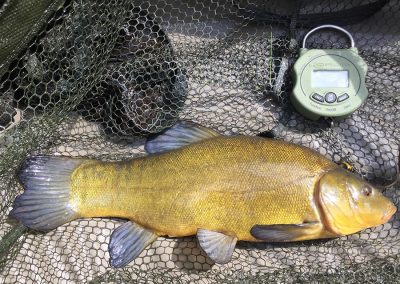 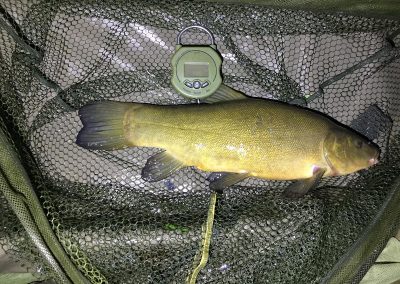 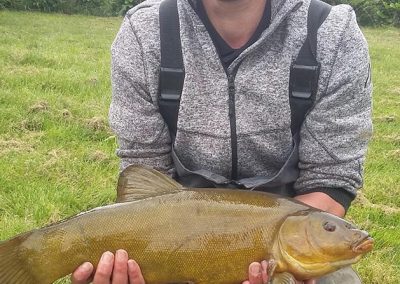 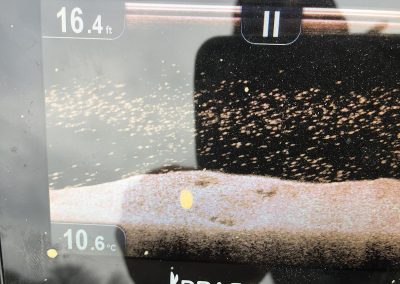 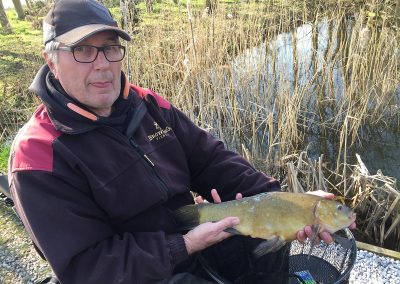 The measures below are in place for the safety and welfare of the fish and apply to everyone fishing or visiting the site-NO EXCEPTIONS. If you won’t comply, you can’t fish. No fishing after dark. Site gates are locked at 18:00 each night and will not re-open until 07:30. Anyone caught fishing on site after dark will detained for poaching.
Anyone seen or caught moving fish, stealing fish, killing or deliberately injuring fish, (including use of live bait) will be prevented from leaving site until the police arrive. Anglers are asked to report such activity immediately by calling 07912 677302.

KHV PREVENTION – THIS SITE IS CLEAN – LET’S KEEP IT THAT WAY. NO NETS, MATS OR WEIGH SLINGS OR DIRTY TOWELS ARE TO BE BROUGHT ONTO SITE – STARCARR LAKES PROVIDES ALL NETS, MATS, CRADLES, TOWELS AND WEIGHT SLINGS